Home of the Lobos 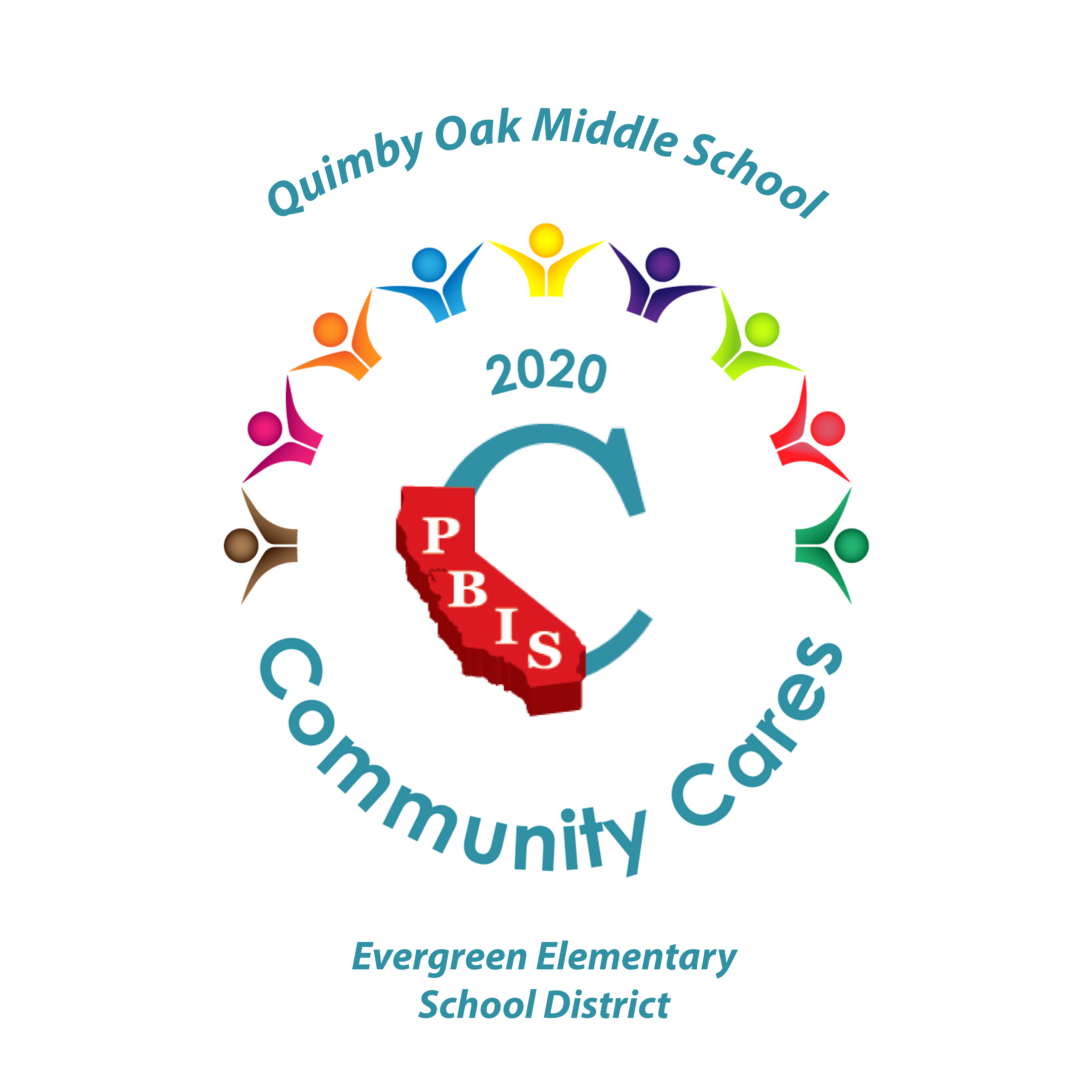 Inspiring young adults to be thoughtful and resilient contributors to society.

We will maintain our work around the Evergreen Profile of a Learner and work together to develop students that learn, communicate, collaborate, think critically, innovate and advocate.

I am honored to be the principal of Quimby Oak Middle School. As I embark on my leadership career here, I reflect on the phenomenal leadership throughout the years at Quimby and know in working together we will continue to thrive and be proud of the Lobo Legacy we leave behind. I am excited to serve the greater Quimby community and support the continued growth of our students during their middle school years. Together we will support the students educational journey and social and emotional success.

Your child can look forward to a middle school experience filled with many academic and social adventures. Please encourage your child to get involved with as many activities as they can to help create a well balanced middle school experience. As a parent, I welcome your collaboration. I encourage our parent community to become involved, share ideas, expertise, and passions. Please join our PTSA (Parent Teacher Student Association), and other parent leadership committees, to seek opportunities for you to engage with our school and district. The cornerstone of Quimby Oak is teamwork and the key to our success is clear communication and collaboration between home and school. We are looking forward to working with you!

The 2020-2021 school year brings some new changes for our school and students. Quimby will begin this school year in a 100% digital environment. This is a new experience for our students and teachers as well. Though we may face challenges, I know we will work through them together. I look forward to working with the staff to help create the best middle school experience we can while our students are at home. It is our goal to adapt our lessons, pivot our strategies, and update our systems to create typical middle school experiences while in virtual classrooms. Together we can achieve greatness!

I am proud to serve the Quimby Oak community and look forward to a memorable school year. 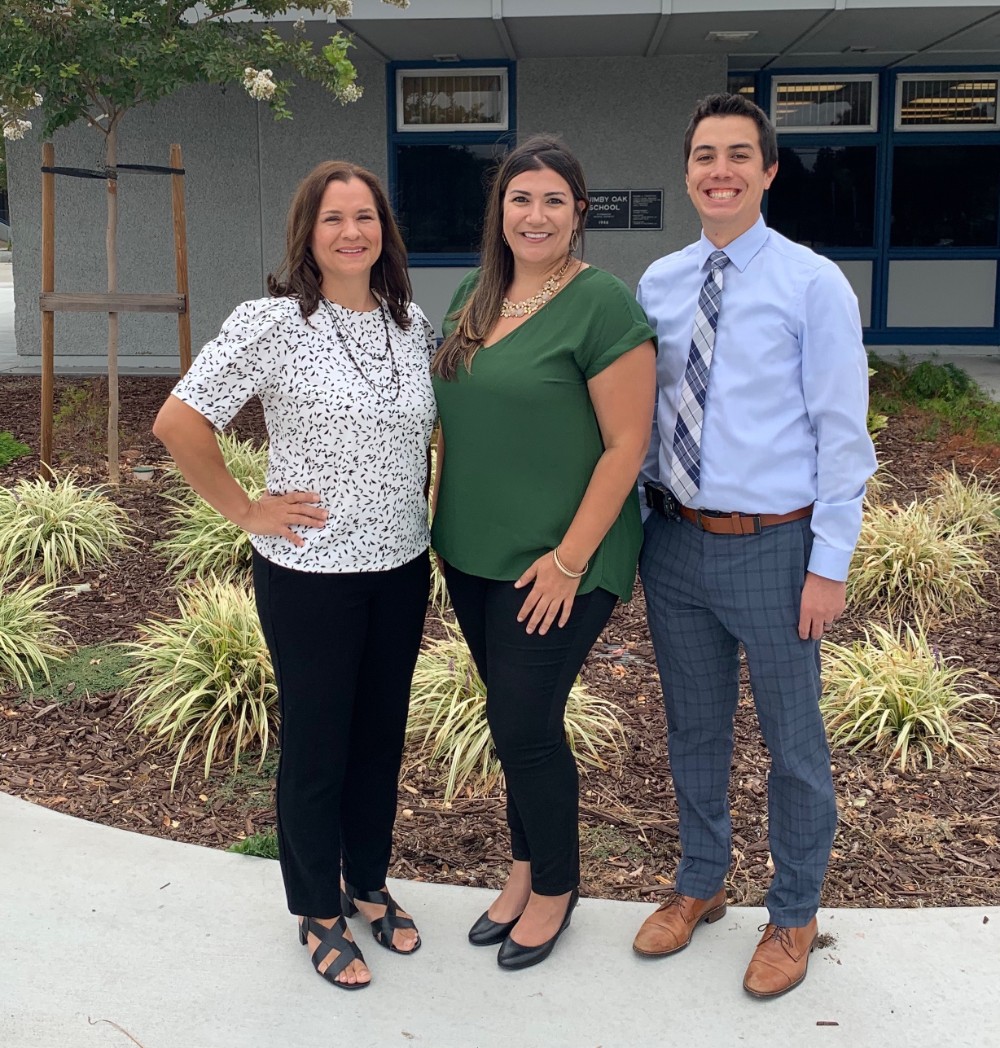 Ms. George began her career in Evergreen in 2005 as a student teacher at Carolyn Clark Elementary. She began teaching at Montgomery Elementary in 2006 and joined the reinvention team at Katherine Smith Elementary in 2012. Long time certified teacher with the New Tech Network and leadership team member, Ms. George served as a District Instructional Common Core Coach at O.B. Whaley Elementary before joining Evergreen's administration team. Known for her creative drive, knowledge and collaborative spirit, Ms. George served as an Assistant Principal and Coach at Quimby Oak before transitioning to Site Director of Lobo School of Innovation. On a personal note, Ms. George enjoys decorating her new home in Morgan Hill, spending time with her family, traveling, and spending time with her dog, Daisy! She enjoys entertaining, planning events, and decorating. Ms. George is artistic, vibrant, and brings her former cheerleader spirit with her wherever she goes!

Mr. Stolan is a born and raised Quimby Oak Lobo. He attended Quimby Oak as 6th, 7th, and 8th grader during his middle school years. He then was offered a position as a Math teacher at Quimby Oak just out of college as part of the SJSU Teacher Internship Program and began impacting students he could relate to right away since he grew up in the same neighborhood. After 6 years as an integral part of the Math Department, Mr. Stolan took on a new venture and became a founding staff member of the Lobo School of Innovation, where he helped shape a new Project Based Learning School choice model within the Quimby campus. Now, Mr. Stolanâs journey has come full circle as he is beginning his first year as an assistant principal at the same Quimby Oak Middle School he attended all those years ago. He is absolutely obsessed with ties (he even has a slide show that he uses to teach students AND teachers the proper way to tie a tie) and is actively trying to make his 2 year old daughter, Noelle, as big a San Jose Sharks fan as he is.

Mrs. Hammond is a long-serving member of the Evergreen teaching community. Starting her teaching career at Quimby Oak in 2000, she taught sixth, seventh and eighth grade History/Social Studies. As teacher she served as department chair, new teacher mentor, and athletic director. In 2012 Mrs. Hammond joined the staff of Chaboya Middle School as assistant principal. During her tenure as assistant principal she made many contributions to site and district safety. Mrs. Hammond has devoted her career to supporting students with diverse learning needs taking pride in her student-centered approach. Mrs. Hammond is overjoyed to return home to Quimby Oak where her career started under the new capacity of assistant principal and the district's Induction Program Coordinator. Aside from work, Mrs. Hammond is the mother of two young boys ages 5 and 2. She enjoys spending time with her family, gardening, and doing DIY projects around her home.